For the next four years, the world is celebrating the Centenary of World War I,  and once again Africa is not invited to the party. This project a attempts to tell the stories of Africans’ involvement in the Great War. For example, throughout the East Africa campaign, the longest and deadliest part of the war on the continent by far, both Britain and Germany relied heavily on porters, to the tune of four per one soldier. This translated into one million Africans under British command carrying, cooking, cleaning, and dying of exhaustion, malnutrition and disease, in a guerrilla war of short raids and long treks from present-day Kenya to Zambia over the course of four years. In Germany, berlin postkolonial contributes to challenging Europe’s colonial amnesia with a project that questions the idea that the war only lasted four years and rather embeds it in the longer history of Europe’s colonial endeavours. 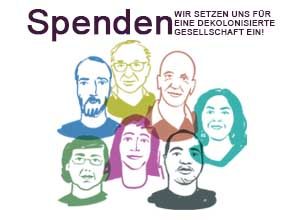